Robert W. (“Bob”) Kantner is an experienced Texas trial lawyer.  He has gone to trial 36 times and served as lead trial counsel for his clients in 28 of these trials.  Mr. Kantner’s clients have prevailed in 21 of those 28 trials.  In addition to his trials, Mr. Kantner has handled more than 20 preliminary injunction hearings, most of which involved evidentiary hearings.  Finally, Mr. Kantner has handled numerous arbitration proceedings – four of which went to hearings.

Prior to joining Glast, Phillips & Murray, P.C., Mr. Kantner was a partner at Jones Day for ten years and before that a partner at Baker Botts, L.L.P. for 18 years.

Mr. Kantner has also handled a wide variety of commercial disputes.  One type of commercial dispute Mr. Kantner has handled has involved claims for a purchase price adjustment based on breaches of representations and warranties in an acquisition agreement.  For example, in ITT v. Alcatel, a case in the San Jose Division of the United States District Court for the Northern District of California, Mr. Kantner successfully defended several Alcatel entities against the claim that ITT was entitled to recover tens of millions of dollars on account of breaches of representations and warranties related to Newbridge Networks, which ITT acquired from Alcatel.

2. Alcatel USA, Inc. v. DGI Technologies, Inc.:  In the Dallas Division of the United States District Court for the Northern District of Texas, Mr. Kantner obtained a jury verdict of $11 million on Alcatel USA, Inc.’s copyright, trade secret and unfair competition claims and defeated the monopolization, tying and other antitrust counterclaims based on which DGI Technologies, Inc. sought damages of $100 million.

4. Wellbeing Genomics Pty Ltd. v. PLLG, LLC:  In state district court in Austin, Texas, Mr. Kantner obtained a jury verdict for the plaintiff of more than $1 million on claims of breach of a confidentiality agreement and misappropriation of trade secrets against defendants represented by one of Austin’s most highly respected trial attorneys.

While many of Mr. Kantner’s cases have been in Dallas, he has also handled cases in federal courts in Amarillo, Lubbock, Midland, Marshall, Sherman, Texarkana and Wichita Falls, Texas and cases in state courts in cities and towns such as Austin, Claude, Denton, Fort Worth, Gainesville, Greenville, Houston, San Angelo and Waco, Texas. 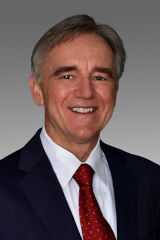