Mr. Kennedy was born in Houston, Texas on November 7, 1951 and received his B.B.A. degree in Accounting from Stephen F. Austin University in 1973.   He has received two law degrees, a  J.D. from South Texas College of Law in 1979 and a LL.M. with an emphasis in taxation from Southern Methodist University in 1982.   Mr. Kennedy is also a Certified Public Accountant, although he does not actively practice accounting.   He spent eight years with the Internal Revenue Service from 1974-1983.   He spent seven years as an adjunct professor with the Graduate School of Management at the University of Dallas teaching tax management and planning.   He is a member of the American Bar Association, the Dallas Bar Association, the Colorado Bar Association, and the State Bar of Texas.  Mr. Kennedy practices in the area of taxation with a strong emphasis on tax controversies, tax planning and estate planning.

Mr. Kennedy has been a tax professional for 40 years. It started when he became an employee of the Internal Revenue Service in January of 1974.  He worked as a Revenue Agent, an Appeals Officer and as Appeals Manager while with the IRS.  He became a Texas CPA in 1982.  This gives him additional insight into his area of specialization.  Mr. Kennedy now practices law in Dallas.  He also spent time with Ernst & Whinney as a tax controversy specialist.  He has been lead counsel in several complex tax litigation matters.

He is licensed to practice law in both Texas and Colorado.

Many Successful “Offer in Compromises.”

Texas State Board of Public Accountancy 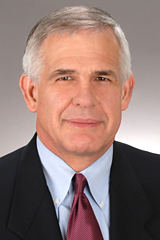