Mr. Phillips is the Managing Director of GPM. He practices in the Trial and Bankruptcy Sections. He has represented both creditors and debtors. His work covers counseling on pre-bankruptcy strategy sessions through conclusions of the case. He specializes in
pre-bankruptcy strategies, loan workouts, purchase of assets from bankruptcy estates, and refinancing. Mr. Phillips has extensive experience in corporate reorganizations, leveraged buy-outs, and avoidance of pre-bankruptcy transfers. He also devotes a substantial portion of his practice to business litigation in state and federal court, where he has handled numerous jury trials in state and federal court.

Mr. Phillips has been admitted to practice and has handled cases before courts in the State of Texas, the Northern and Eastern Federal Districts of Texas, the Fifth Circuit Court of Appeals, and the United States Supreme Court. He is an occasional speaker at legal and professional seminars as well as an author on business bankruptcy law.

During law school, Mr. Phillips was a member of the Order of Barristers and the University of Texas State Champion Moot Court Team.

Counsel for limited partners filing a successful competing plan of reorganization in Dobie, Ltd, which at the time was the largest student housing facility in the country.

Counsel for company in the restructure of 1 billion car warranty business.

Successful defense in the trial of a sex discrimination case against a large privately owned life insurance company.

Counsel for individual Debtor in $75,000,000 case with assets in real estate, oil and gas, banking and numerous other entrepreneurial investments.

Liquidator of a $300,000,000 hedge fund structured as an alternative to bankruptcy.

A number of successful jury trials representing businesses in commercial disputes on a contingent fee basis. 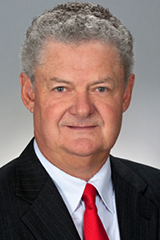 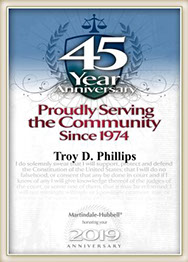