Mr. Rosen’s practice consists of the representation of individuals and business entities in the areas of corporate and general business law, real estate law, lending, and private capital investments. His clients are from many different industries ranging from start-up businesses and entrepreneurs to larger corporate entities and financial companies. Prior to entering the private practice of law in 1978, he was employed by a large financial institution where he was the General Manager of a venture capital subsidiary corporation.

Responsible attorney for the representation of a subsidiary of a public company in the acquisition of several contiguous undeveloped parcels comprising more than 400 acres with the representation including the first phase development of the infrastructure and the construction of a 1.9 Million square foot retail and distribution facility and the subsequent planned development and leasing and/or sale of the remaining acreage, with an estimated total project cost in excess of $1.2 Billion.

Responsible attorney for the representation of a large private equity fund as Texas counsel in the simultaneous acquisition of 30 shopping centers located throughout Texas for a purchase price in excess of $400 million and representation of this client in the on-going legal matters involved with these ownerships, including leasing and other landlord/tenant matters, the development of undeveloped parcels, and the sales of parcels.

Represented an entrepreneur with the initial formation of a corporation for the manufacturing and distribution of sporting goods, and subsequently performed in a general counsel capacity for the company as the company grew through sales, licensing arrangements and acquisitions to became a publicly traded company and the nation’s largest manufacturer, marketer and distributor of sporting goods products directly to the institutional and team sports marketplace.

Performed in a general counsel capacity for a company (and its several affiliated entities) that owned and operated more than 70 convenience stores (most of which dispense motor fuel) and that distributed branded motor fuel to affiliated and non-affiliated gas stations, with the representation including the sale of many of these assets as part of a national roll-up of several similar businesses in a $100 Million transaction.

Represented numerous buyers and sellers of real properties and of businesses in a variety of industries and service sectors, organized corporations, partnerships, and limited liability companies, and prepared and negotiated contracts of many kinds between business and third parties external to the business, such as distributorship agreements and financing documentation, and internally, such as shareholder agreements and employment agreements.

Dallas Symphony Association (former Member of Board of Governors)

USA Film Festival (former Member of Board of Directors) 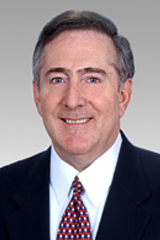